Informal Corporate Codes:
Under the wings of the skillful? 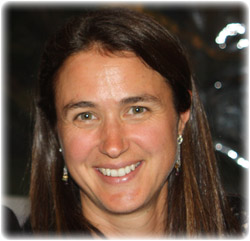 In the corporate world of big companies, administration or management has more to do with control, than with decision making.
For this, there are two ways of exerting power and control over the organization: the formal, through rules and procedures, and the informal system, through codes of conduct implicit in the organizational culture.
The disadvantages of this type of “informal codes of conduct” are many: They are unclear and therefore difficult to understand, are situational, and generally applied by the discretion of another and can be manipulated in favor of the most politically skilled. But despite all this, the informal system is validated as an effective disciplinary system for aligning and regulating the behavior of executives towards a common goal or strategy.
The skillful and “political” executive develops the ability to manage in this informal system, working to set the balance in their favor. As you move up the organizational structure, it becomes difficult to effectively measure the performance of the executives, so that the “perception” of his or her management skills becomes more relevant. It is here that his or her management and political skills become important.
We can group, according to their behavior, three types of executives: those who are unable to cope politically or simply refuse to do so, those who recognize it but avoid it and act defensively, and the players, politically skilled, who manage to administer the rules to their favor.
For the first and second group, the chances of moving up the organizational structure are not very promising. Fair or not, the time will come that by avoiding or not facing internal informal codes implicit in the organizational culture, will be affected by those who do follow the codes and use them to his or her advantage.