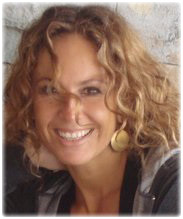 In the minds of some people still resides the belief that a leader should not listen to and least of all ask for the opinion from his team because it is a sign of weakness or insecurity. Mistake, Feedback is crucial to both professional and organizational growth.

It is no coincidence that this is best evaluation by his team in internal leadership surveys , since it is a part of the executives profile to promotes dialogue not only between employees and leadership but also among peers, fostering a good working environment.

In order to ask for an opinion, it requires openness, courage and humility, to be willing to listen to the good and the bad as long it promotes growth, for the good of the team and of the Company. The super-ego of the leader must take a back seat, preceded by the common good.

Furthermore, the practice of requesting feedback causes a massive impact on production in the findings of the company, as people feel listened to and this motivates them to work, achieving or exceeding their compliance with goals.

We must emphasize the changes that occur when the headquarters seeks feedback from others. When they ask the opinions of their team, their attitudes changed favorably; On the contrary, when others provide unsolicited information, leaders go on the defensive automatically. They discuss, rationalize, and argue against, and even reject, the observations.

What is essential is to have a proactive attitude which prompts the standing view, the willingness to accept all comments and to be smart enough to discriminate between who is are really looking to make a contribution or who just wants to make wanton destruction.

Such reflection can be extrapolated to other areas of life; openness, honesty and humility, promote both professional and personal growth, when the feedback which generates feedback radiates awareness and is welcomed with wisdom.